ARobots is a programming game created by Anders Danielsson and released in 1992. The aim of the game is to write a program in 8086 assembly language to control a battle robot. Up to six robots enter a battle arena with the survivor declared winner.

Programs are written in 8086 assembly language and control the robot by calling seven functions available on INT 0F2h:

Robots battle in a 1000×1000 metre arena. A robot is damaged when it's attacked or collides with something and destroyed when its damage counter reaches 100.

The complete specification is available in the ARobots manual.

ARobots was published as shareware for DOS by AnDan Software in March 1992 and relicensed as freeware in January 2000. 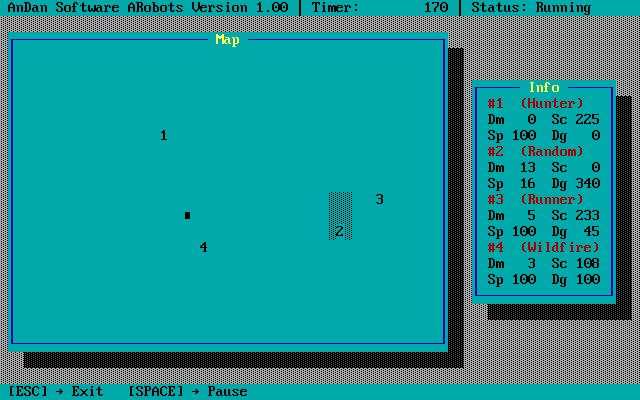