Color Robot Battle is a programming game for the TRS-80 Color Computer designed by Glenn Sogge and implemented by Del Ogren. The object of the game is to write a program to control the movement, scanner, laser and missile of a battle robot and eliminate the opponent's robot.

Programs are written in Robot Language — a registerless hybrid of BASIC and Logo. Labels are up to 6 characters terminated by >. Programs begin at START> and automatically jump back to START> after executing the last command. Colons separate commands on the same line. The following commands are supported:

Robots battle in Robot Land — a 128×90 arena. A robot starts with 62 units of robot energy and loses energy every time its attacked, collides with something or fires a weapon. A robot is destroyed when its energy level reaches 0.

The complete specification is available in the Color Robot Battle manual.

Color Robot Battle was developed by The Image Producers and published on a ROM/Program Pak by Tandy/Radio Shack in 1981, catalogue number #26-3070, priced $39.95. The following robot programs are available: 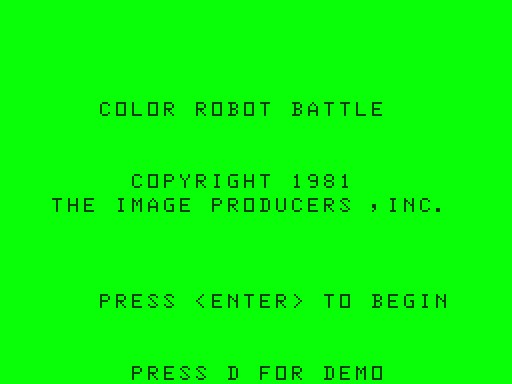 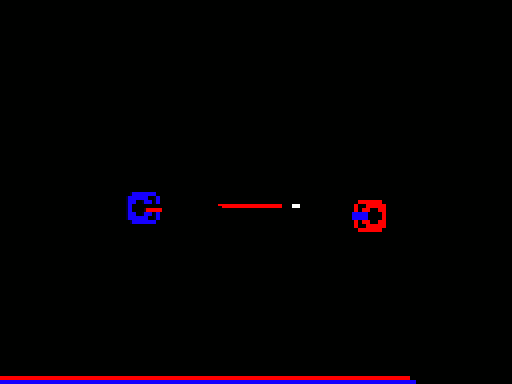