The first known predatory self-replicating organisms never found their way out of the confines of the unwieldy IBM 7090 mainframe computer in the bowels of AT&T's Bell Labs in New Jersey. These beasts were the digital warriors in a gladiatorial game called Darwin.”

Levy, Steven. Artificial Life: The Quest for a New Creation 1992.

Darwin is a programming game invented by Victor Vyssotsky in August 1961. The initial version was implemented by Douglas McIlroy on an IBM 7090 at Bell Labs. The aim of the game is to write a program to eliminate all opponents and be the most prolific replicator.

Programs are loaded into an area of memory known as the arena. Each species has a defined starting point and a number of protected locations. The smallest species has the advantage of running first. Darwin's Umpire provides functions to probe memory, reserve memory and kill opponents. Functions are called with an address and the identity of the calling species. If the address is protected, control transfers to the program at address.

The complete specification is available in Darwin, a Game of Survival of the Fittest among Programs [mirror]. Details are also available for the ISU Darwin System.

Robert Morris created the program which ultimately won the game, a 44 instruction program with an adaptive strategy. When Morris's program found the top of an opponent it probed a small distance inside. If it found an unprotected location the same distance would be used in future. Otherwise it would choose a new distance.

Ten years later McIlroy wrote to ℵ0 who implemented his own Umpire on the Atlas Titan at Cambridge University. ℵ0 went on to write the first published description of Darwin in the Computer Recreations column of Software — Practice & Experience. The article inspired a number of Darwin systems including one implemented by Charles T Wright on an IBM System/360 at Iowa State University.

Two versions of Darwin by Gerald A Edgar are available, DARWIN80 for Z80 CP/M systems and DARWIN68K for the Apple Mac. DARWIN80 was implemented in 1983 and updated to version 1.3 for publication in Computer Language. 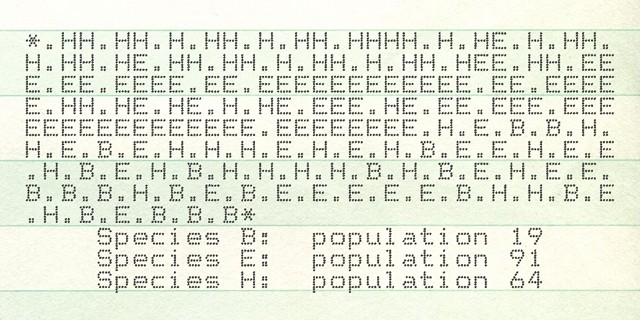 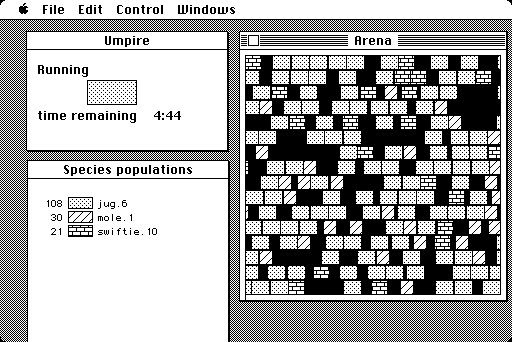