P-Robots is a Pascal programming game inspired by CROBOTS and released in 1988 by David Malmberg. The object of the game is to write a program in a subset of Pascal control a battle robot. Up to four robots take part in a mêlée battle with the survivor being declared winner.

Programs are written in a subset of Pascal and control a robot using the following functions:

Robots battle in a 1000×1000 metre arena. A robot is damaged when it's successfully attacked or involved in a collision and destroyed when its damage counter reaches 100%.

The complete specification is available in the P-Robots manual.

P-Robots was published as shareware by Softworks for DOS and the Mac in 1988, priced $20. Registered users received a copy of the source code. In 1994 P-Robots was relicensed as freeware. 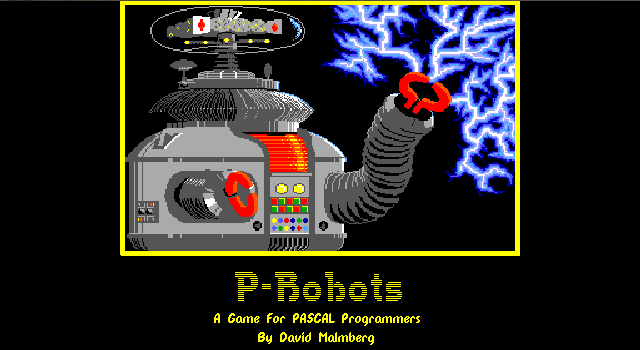 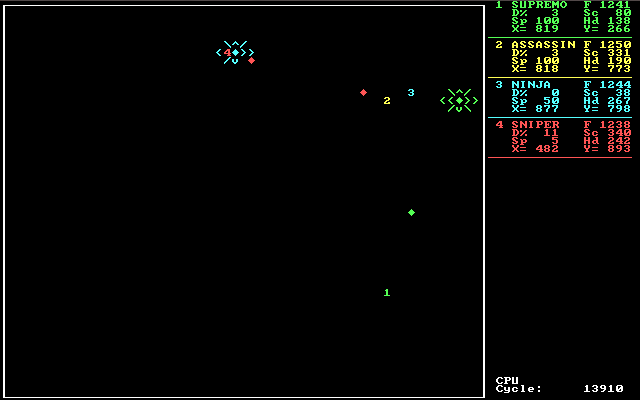