Robot is a programming game for the Processor Technology Sol-20 computer designed by Ray G White in 1983. The object of the game is to write a program to control the movement, scanner, shields, cloaking device and weapon of a battle robot. Two robots are placed in a battle arena with the survivor being declared winner.

Robots are controlled by programs written in a simple BASIC-like programming language with 17 system registers and 2 user registers. The following commands and registers are supported:

Robots battle in a 62×14 arena which may also contain land mines, electric fences and blockades. Robots have enough energy for ~750 turns and are damaged by collisions, being shot and firing with shields on.

The complete specification is available in the Robot manual. 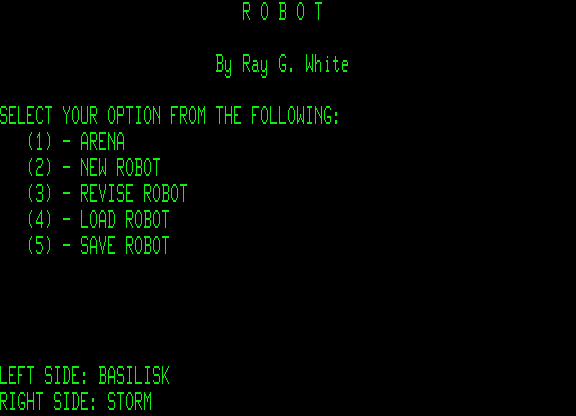 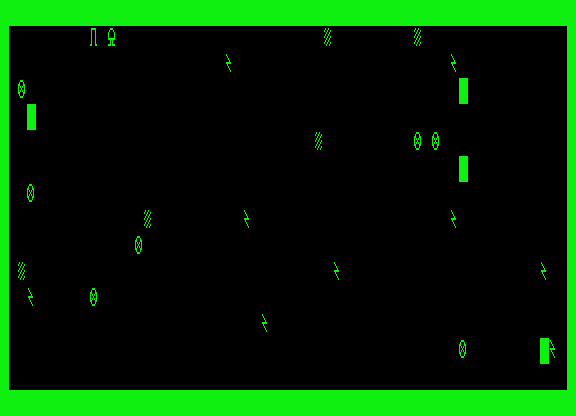