Warrior Cycles is a programming game for the Commodore Amiga created by Rico Mariana and published in 1988. The game is played by writing a program to control a Tron-style light cycle.

Cycle programs can be written in any programming language and communicate with the Cycles server using messages. The following message functions are available:

Up to six cycles enter the arena. A cycle leaves a trail in its wake and is destroyed if it hits a trail or the arena wall. The last surviving cycle is declared winner.

Warrior Cycles was published in the first issue of Transactor for the AMIGA, April 1988:

The following cycle programs are available: 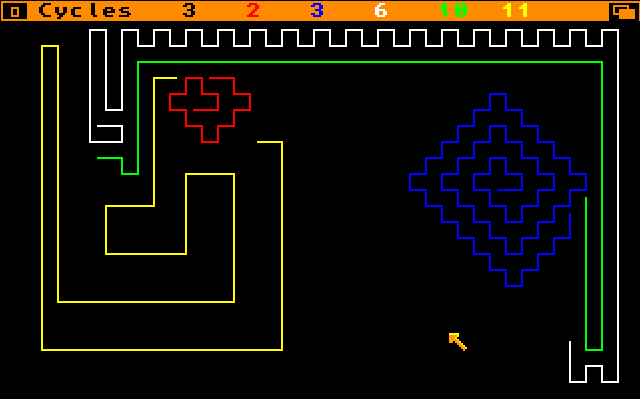